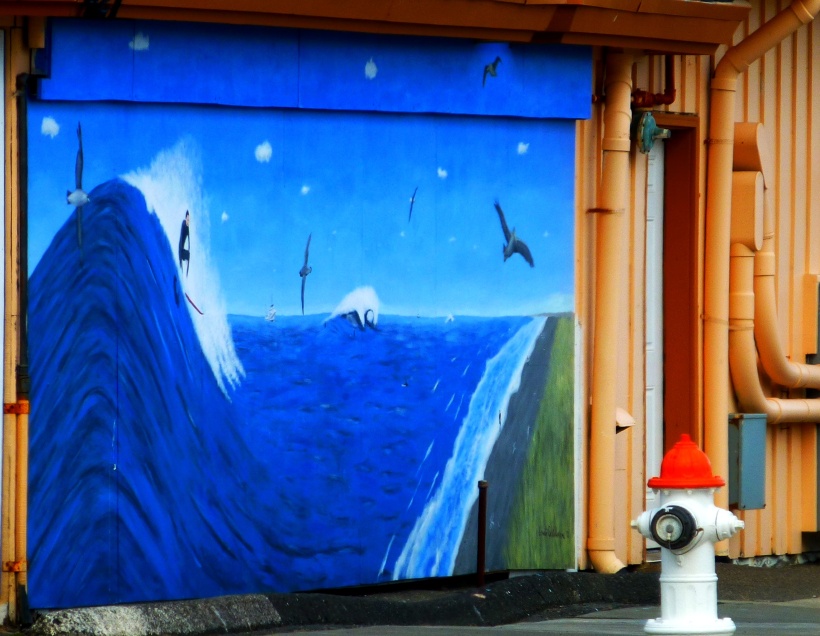 Here is the 8th installment of the serialized version of a section of my memoir, Souvenirs from My heart; The Patient Patient Advocate. We load my truck with Paul and his symptoms and head to the after hours clinic one last time.

July 21, 2008 2:30 P.M. (Four months after the all-clear from the oncologist.) We went to the urgent care clinic to have a doctor look at the red spots that had recently developed on Paul’s feet and legs, and with the hope that they had something better to help with Paul’s difficulty breathing and itchy eyes. As usual, we went out in the hallway and waited for his name to be called—we didn’t want to be exposed to other people’s illnesses. After briefly speaking to the doctor on duty, Paul was sent down the hall for chest x-rays and blood draws.

We spent more time waiting outside of each lab, and then went back to the chairs in the main hallway. We sat flipping through magazines and sharing things that we discovered. Paul had the peculiar habit of reading magazines backwards. It drove me crazy, but always led to some fun teasing back and forth. (This sudden and incredibly vivid memory brings a smile to my face. It feels like it was just yesterday; like I had a visit with Paul.)

The receptionist finally called Paul’s name and the doctor led us into an exam room, carrying a small stack of lab results. The handsome young doctor had been confident, friendly and attentive to Paul’s medical issues when we spoke with him more than an hour and a half earlier. Now he was clearly shaken up, telling us that he had called in a consulting doctor, because Paul’s WBC (white blood count) was over 200 k. When he told us the normal range was 4,500-10,000, I felt light-headed, and Paul just stared at me (as if I held the answers he wanted to hear). His other lab values went too far in the other direction. I asked what that meant and the doctor said that he would rather wait and talk to the other doctor first.

A nurse came into the exam room to draw more blood.  I noticed that Paul was starting to look pale. I calmly told the doctor that I thought Paul was going to have another “episode.” I had already witnessed two, and I knew the subtle signs that even Paul did not recognize. When the doctor asked Paul if he was okay, Paul quietly said, “Yes.” I stayed calm, but insisted that he was not okay, that he was getting worse quickly. Assured by Paul, and ignoring me, the doctor left the room.

As the door clicked shut, Paul said he was a little dizzy—the very words he said before his last two “episodes”—followed by instant burning hot skin, wracking chills and profuse sweating. These signs were at least as dramatic as they sound. I had the nurse hold onto Paul, and then I threw open the door and loudly ordered someone to call 911. As you may recall, the last time (16 months earlier) that this happened here, Paul’s own doctor sent me (with only the help of another waiting patient) to get Paul into my truck and to the hospital. This action doesn’t really fit my usual personality, but I wasn’t taking any chances this time.

Health is such a blessing. We aging baby boomers seem to end up with more visits to the doctor, so why not be ready? Like young parents who drag a diaper bag everywhere they go, let’s make an appointment bag. Have it in the car or on the coat rack by the front door. Add a novel, puzzle book, or magazine, a notebook and pen. Add a bag of raisins, dried fruit, or nuts, and a bottle of water. Add whatever would help you stay calm during the minutes and hours of waiting time in medical offices. Be creative!

***The postcards are nearing the end (2 more), and then I hope to have some good news to tell you about them.

***From my last post: An article I wrote about the beginning love affair with my blue-eyed man has been selected to be in a PAYING contest later this month! Get your voting fingers ready again.

***Again: Watch for Monday’s selection of pictures and quotes from some unusual reading places and habits of THE WRITE PLACE community members. That’s you, peeps:>)  Send your photo and quote to my email below.

***A NAME: My youngest sis suggested that we make the reading photos and quotes a regular feature here. “Reading Place” fits well with the blog site title, so that’s what we’ll go with. Thanks for all the great suggestions!

Email photos and quotes to me at: 1writeplacewordpress at gmail dot com

Thanks for hanging in there, and your comments are especially appreciated.

11 thoughts on “Souvenirs from My Heart; Postcards-Ten”

We would love to know what your thoughts are! Cancel reply