Add commas, periods, exclamation or question marks at will. I just couldn’t decide how to make a title out of all these subjects, so I quit. You decide, I’m tired.

I know I take a lot of photos of some subjects, and this wind turbine is one. But, guess what? I didn’t take these, I was going to, but son, Jon, said he had a better angle where he was. I’d say! Now I know why these are called bird-friendly wind turbines.

Had a good week with Jon. I drove him home this afternoon. I keep thinking he’s in the other room. I even started to tell him something tonight, but caught myself and laughed. When I took him home, we stopped at daughter, Sara’s, and had an impromptu dinner. She had a pot of chicken noodle soup on and had just taken lemon bars and raspberry bars out of the oven. Had Texas toast with the soup. Yum!

Also got pedicure:>) Anything to avoid my poor wounded toe! Cameron’s making sure she doesn’t hurt me:>) That’s my truck in the background.

Yesterday I stubbed my toe pretty hard while cleaning my kitchen. I screamed a Marine word, then went back to washing dishes. A little while later, I felt something sticky on the floor and realized that my toe was bleeding. Went to wash it off and realized that the nail was only barely held on by the skin at the base. I screamed, “Ahhh!!!” Then I put a Band-aid on the whole thing. I thought maybe my son would check it out and deal with it when he got back from fishing. Nope. Every time I said, blood, he said, Ketchup. Sheesh. So, I figure my daughter would take care of it today…you know, the one with firefighter training and a CNA? Nope. Oh, she soaked it in a bowl, put some cream on the Band-aid, bandaged it up big so I wouldn’t hurt it on anything, but she refused to look at it. She liked the idea of calling my blood, Ketchup, too. Wimps. All three of us :>) At least I can say “blood.”

That’s enough of this family saga for now. I’ve been adding some writerly finds to my Facebook page here, in case you want to check them out.

Writer, daughter, sister, mom, niece, grani, and friend. Works-in-progress; 3 children's books, some poetry and a memoir series, "Souvenirs from My Heart." Pursuits of happiness include gardening, walking the beach, reading, writing, photography, traveling and genealogy. I am a widow (2009), lost my sis in 2012, my aunt and a precious grandson in 2013.

Topics I Blog About

To meaningfully connect and build a community through our writing, publishing and life journeys.
To share our other mutual interests in and appreciation of photography, gardening, care-giving, family, and our life-love-grief journeys.

Some of My Favorite Blogs… 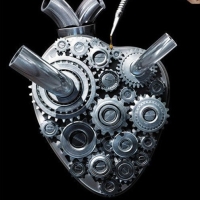 This work by Patti Hall is licensed under a Creative Commons Attribution-NonCommercial 3.0 Unported License.

© Patti Hall and https://1writeplace.wordpress.com, 2013. Unauthorized use and/or duplication of this material without express and written permission from this blog’s author and/or owner is strictly prohibited. Excerpts and links may be used, provided that full and clear credit is given to Patti Hall and https://1writeplace.wordpress.com with appropriate and specific direction to the original content.
How to Get On
Missing & Unidentified People

Tracing each branch back to their arrival in America

Ideas and Lessons in Building a Tiny House in Newfoundland

Relationships through the eyes of an autistic

~ The Wanderings of kSea flux

RV Camping in the USA

A Blog for the stewardship of green spaces and the people who love them!