“Your body is away from me  But there is a window open, from my heart to yours.  From this window, like the moon,  I keep sending news secretly.” Rumi

When I read this quote on my friend, Elaine’s site, it reminded me of a letter to Paul that I posted back in June. Paul died August 9, 2009 after a year-long battle for his life; first leukemia, then a stem cell transplant, then his body attacked itself with Graft vs Host Disease of the Gut. I was his 24/7 advocate/caregiver in the 3 hospitals, the 4 temp housing units in Seattle and for his final 2 weeks in our bed at home. In our short 4+ years of working, living, loving and building dreams together, we considered ourselves married. Just 7 weeks before his death, I climbed into Paul’s hospital bed at the U of W Hospital, and we made it legal and official. Since his death, I have “sent news secretly” to Paul through my journal. After the death of my little grandson, I didn’t write in my journal very often. The letter below is my catch-up letter, as I resumed my healing writing habits. I’ve recently updated it to include another lost loved one.

Look Paul, the reality is that I have no idea what you do or do not know about what’s been going on around here, and maybe just for me, I need to catch you up. For all I know you could simply be ashes buried deep; away forever, from this well-lit world that I walk in. For all I know you are “up there” bitchin’ about the fancy food and wondering when Earl’s gonna be on. So, that’s the place I’m going to imagine you while I write this little note. I mean, how can I think of you as just gone? Just buried ashes? At the same time, you know I haven’t let the bliss of religion take me over; we’ll just settle for “up there.”

In the place I keep you in my mind, you have all the sweet company of lost pets, your parents, and your former wife, Janet. We talked about it before you left, and I know where the balance of your love lies; Janet was the love before ours, I was the love of your present and future (huh! Some future!). You guys can hang out until I get there and then we’ll all be friends. Janet and I will probably ditch you and go antiquing anyway.

I’m sure my sis, Michaela, has found you by now. She’s the one cracking up, putting on fancy parties and trying to take care of everybody else. Our family friend Tommy is probably with her, and you two are going to get along great—you both have that little sparkle in your eyes that I never did figure out. It does my heart good to think of the three of you having fun together, and you pulling them into your own family circle up there. You’ll probably sit around watching Johnny Carson with my grandma and ogling pretty women during the commercials with my Uncle Eddie. My Aunt Norma has joined you, her parents and her brother, Uncle Eddie, by now. She’ll be telling bawdy jokes that you guys will eat up. She’ll be fighting my sis, Michaela, for snuggling time with Tiven, then the two of them will exchange manicures and recipes. Don’t miss Aunt Norma’s chicken enchiladas or Michaela’s layered chocolate pudding, whip cream and cake dessert!

There’s a precious little 3-year-old blond boy up there too now. He’s Jon’s son, Tiven, born just a few months after you left. That birth was an amazing event, and one of the only things that could get me out of the house. You’ll probably find him snuggled up with my sis, since she’s always been an awesome mommy. He needs one. And Tiven actually knows you, his papa, from all the pictures he’s seen and from all the stories we tell about you. You were so good with Nola and Cora, and I know you’ll just love our Tiven as much.

We could use some help down here, with keeping an eye on and caring for Tiven’s brother, Hunter. If you folks in the know up there could visit him and surround him with your love, I’d appreciate it.

Anyway, honey, I miss you more than you can imagine, and I hope you are dealing with this better than I am. I’m trying and I’m finally back to writing, so don’t nag about that. Just like we talked about, my hope is that our memoir will help others travel that rocky road of love, illness and death with better ease than we did. Well, I better get back to it.

You always loved holidays and had a way of getting me to love them too, so Merry Christmas, my sweet man.

Love you always and forever, Your Patti

Oh, and I know it’s you, sending Tiven to wake me with his little kisses. Send more.

Every Damn Day? Who’s idea was this anyway? The culprit can be found here: Every Damn Day December at http://treatmentofvisions.com/2013/11/26/evdadadec/ 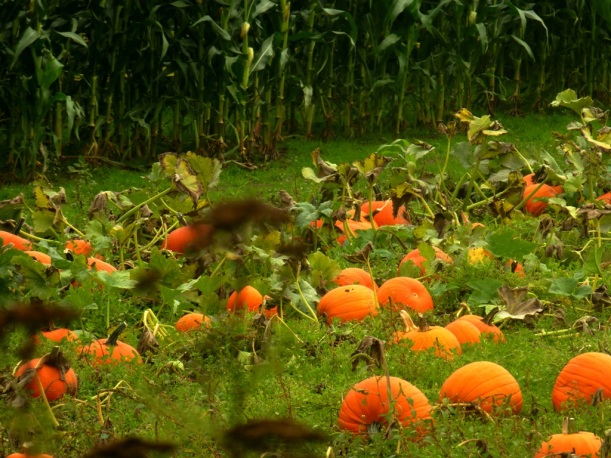 shines from her heart to her eyes

Of all the people on this planet that I know, no one brings the magic and joy of each holiday to life, as Leslee does. Halloween and Christmas are her yearly pedestal projects, but oh, her Valentine and birthday creations are also grand. She beckons the inner child from anyone in her orbit, and sings the fairies from their hiding places.

Sadly, Leslee has been out of my orbit for too many years. She’s getting closer though, and once I knew that she was back in…I began to feel a girlish giggle and a fairy’s impish grin emerge from somewhere deep within. They swim up through the pain and loss that I have experienced in her absence. What wonders will now be unleashed?

Within about 18 months, 25 years ago, I met four incredibly strong and supportive women. Leslee was one of them. The other three, Gwen, Vickie and Roxanne, each have special ribbons that bond us together. If I had to pick one word for the ribbon that connects me to each, it would be humor for Gwen, strength for Vickie, and spirit for Roxanne. Of course, they are all a mixture of those, and many other beautiful silk ribbons.

This writing inspires me to remind us all to write a love/friendship letter to those that we share that special ribbon with. Have I ever told Gwen how much her laughter means to me, or Vickie, how her steadfast strength has always helped keep my feet on the ground, or Roxanne, how her gentle spirit soothes me like a babe in arms? And Leslee, how the fairies welcome me into their circle when she is in my life? She sets my imagination free.