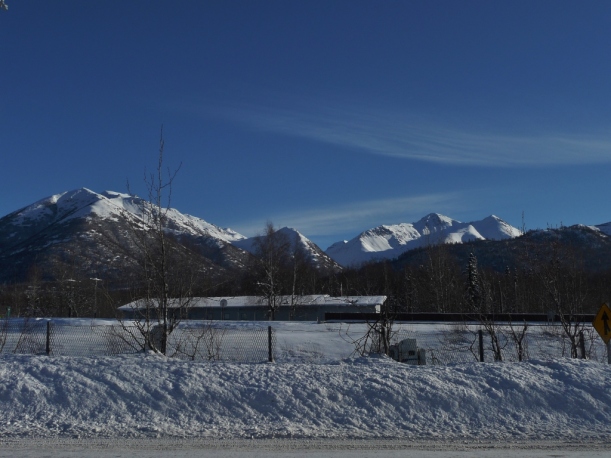 My one year bloggiversary is coming up on the 17th, and I will write a summary of my first blogging year on that day, but today’s post is about a completely different summary and adventure.

As most of you know, I’ve been living near the beach in Washington State for over four years, and I’ve been a widow almost five years. They have been some hard years, with too many losses of family, friends and pets. Among those losses (after my late husband’s death), I lost my sister, my little grandson, and my aunt. Just as I picked myself up off the floor from one loss, another death flattened me.

Yet I’ve also had some real joys these last few years; I reunited with a dear girlfriend and several family members. I have a new grandson. Both my nephews, and several other family members, have had babies. I’ve reveled in the healing atmosphere of my wild west coast beach, while I gained energy, balance and perspective in my solitary world (with the help of family and friends).

One thing I haven’t done, is make room (in my heart and head) for the possibility of becoming part of a couple again. Since you’ve been trailing along on my blog journey, you know that I’ve finally done that recently. Kevin and I were reunited on New Year’s Eve, about 38 years after our first and only date. He is my sister’s brother-in-law and the son of Mrs. M, who I broke out of the nursing home in Oregon this past November.

You may also recall that Kevin tried to catch me at the airport, before I left Alaska, all those years ago. He missed by 15 minutes. Now I’m ready to leave Alaska again (after caring for my folks for a couple of months) and Kevin will be waiting at the airport for me in Washington. He has been faithfully courting me long distance, with a romantic Youtube song every morning, and an hours-long phone call every evening. Do you really think there is any chance that we’ll miss our connection this time? Me neither. 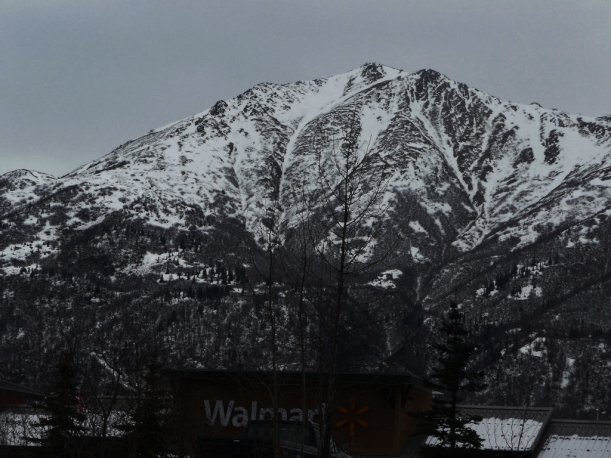 Every time I come to Alaska, I fall in love with the mountains. You’ve seen the photos. Of course, you’ve also seen my camera-love of the beach too. I can’t give up either, but tomorrow I will be moving from my parent’s home below the surrounding mountain ranges of Eagle River, Alaska, to Kevin’s home, nestled between Mount Rainier National Park to the north and Mt. St. Helens National Volcanic Monument to the south, with the Gifford Pinchot National Forest in all directions. 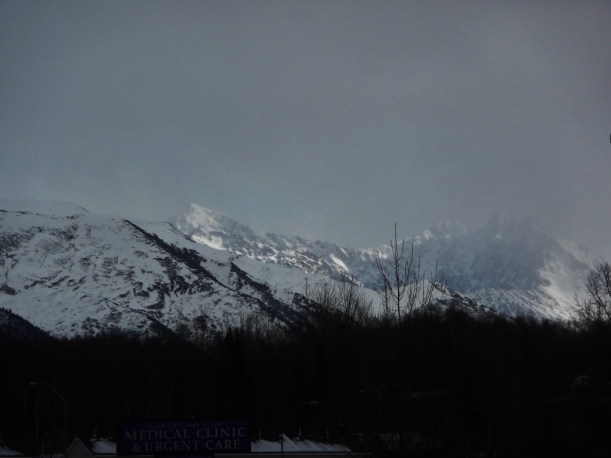 My next post will be on my one year bloggiversary. I’ll also give you an update on the new views of mountains and maybe a few other things… 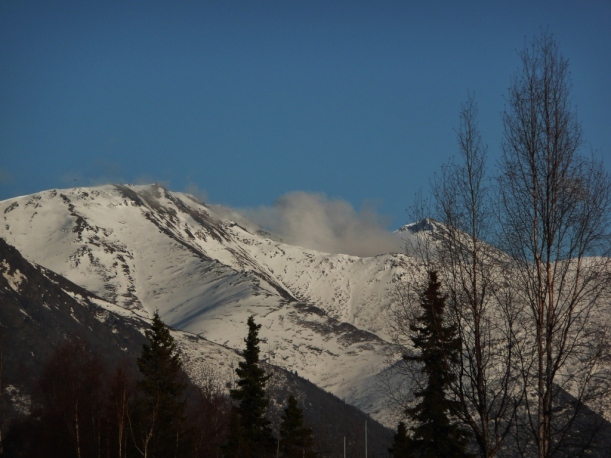